How I Sextupled the Time It Takes To Teach End Behavior

Hi Students! Here's a deck of cards. Each one has a polynomial function and its graph.

Now we are going to focus on the ends of the graphs. Look at the left side. Does it point up or down? What about the right side? What you are looking at is called the "end behavior". Group the cards according to end behavior. Show me when you're done.

Next I want you to look for similarities in each group. What do the degrees have in common? What about the leading coefficients?

We did some practice once they had this figured out.

Oh, and then I played some music and showed them some polynomials one at a time and they showed end behavior with their arms. And there was dancing.

This used to take me 4 minutes. I would write four rules on the board and they would copy them down.

But it was fun. And later I saw somebody end-behavior dancing in the hallway.

This approach is better than just telling them, right?
Posted by Amy Gruen at 11:29 AM 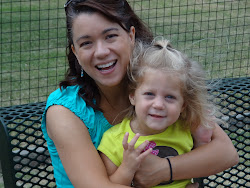